Many routes are 35m+ and will make your forearms feel like they have been bludgeoned by blood. Sun till 11 AM in the summer. Starts getting shade at 9 AM AEDT and is fully shaded by 10 AM AEDT at equinox (Mar/Sep) (or 8 AM / 9AM AEST). No sun in winter. Wind proof gear is a must in the winter.

Most of this area is no longer private property as it was purchased by the NSW State Government in late 2019. A new Plan of Management is being drawn up (2020) with a focus on the area being a regional park, managed by National Parks. The Nest is the only known developed climbing area still on private property.

After rapping in, walk 15m down the track and turn right. The wall looms over you after about 50m. Mind the cliff edge very close to the somewhat loose shaley track, it is a very big drop and there are spots where you wouldn't want to trip as it would definitely lead to a 50m death fall.

As if that wasn’t sketchy enough, a tiger snake has been seen occupying one of the small cave slots ON the track, about 20m R of Tiger Snatch, where a single misstep in fright would certainly result in a 50m death fall.

The chopped bolts evidence many people's desire for a safety line along here ... and others' disagreement.

Mind your rope length as routes often lower off beyond the cliff edge, or at the very least significantly lower than where the route starts. You will need a 70m ROPE MINIMUM! And tie a knot in the end of your rope.

There are many CLOSED PROJECTS in both sectors. As a matter of respect, stay off them unless you have permission from the person who bolted it or the project becomes listed as open. 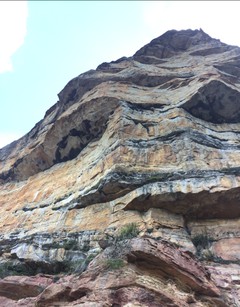 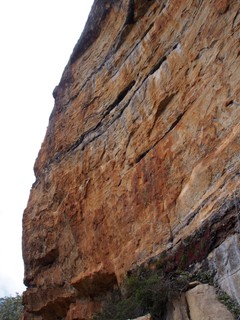 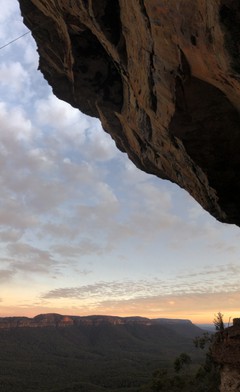 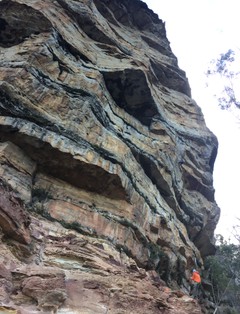 Check out what is happening in Main Wall.