Please note that we use cookies to improve the use of this website. By continuing to browse the site, you accept theCrag Site Usage Policy I Agree
Australia
New South Wales and ACTNSW & ACT
Sydney Metropolitan
South West

The neglected area of Sydney cragging, strange considering the quality of rock and recent finds like St helens Park bouldering, the big Junkyard Cave and the Hide Away.

In the 70's and 80's a bunch of routes were done at the Woolwash at the back of Airds near Campbelltown, short cracks and mossy slabs mostly done on top rope. A rough guide was done but it lacked details and descriptions.

In roughly 2011 and 2012 Byron Glover set to work on the quality rock and cave of the Wedderburn and St Helens Park bouldering areas finding some absolute gems in the process. Steep and pocketed on quality stone, V3 - V11, easy access, who wants more?

In 2012 Matt Brooks went looking for bouldering in the area after moving nearby and getting a copy of the then new Sydney climbing guide - south of the harbour.

He found the new sector to the Woolwash, the Junkyard Cave with its water polished sandstone and classy steep routes, some that would be quite at home in the Grampians (not in Suburban Sydney).

In early 2014 he also discovered the Hide Away another quality sandstone offering on the banks of the Georges River with a variety of sport routes from 12 - 28 and the 20m roof of the Ghetto Superstar.

With the amount of rock along the length of the Georges River there are sure to be more discoveries.

This region has 2 unlocated crags! If you think you know where Keith Longhurst Reserve or Riverview Road are located then please take a minute to locate them for the climbing community. 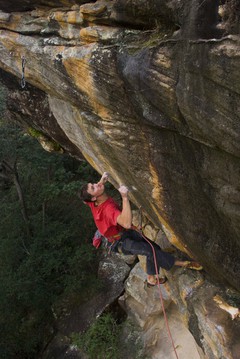 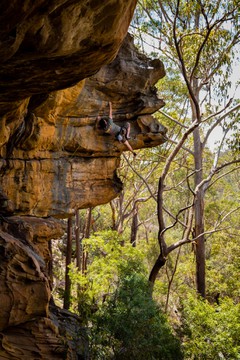 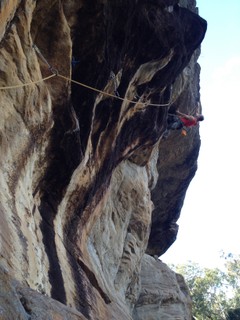 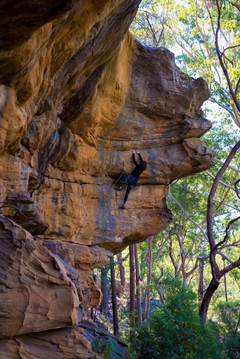 Check out what is happening in South West.