Yangshuo town is located near the city of Guilin, Guanxi Province, southern China. The area is a major tourist destination and has become famous around the world with climbers because of its limestone Karst formations. With 1000+ sport routes the area has become the most popular climbing destination in China.

WHEN TO CLIMB: The prime climbing season is mid-October through mid-March when the chances of dry weather and good temps is the best. There is a secondary climbing season around April, but succumbs to a bit of wet weather. June is usually the center of the wet season and August usually the most humid and hot.

HOW TO GET THERE: The best way to reach Yangshuo is to fly internationally to a major Chinese city. Guangzhou is the closest. Then fly domestically into Guilin. From the airport, catch a shuttle bus or taxi to yangshuo..carpooling will obviously save some cash. 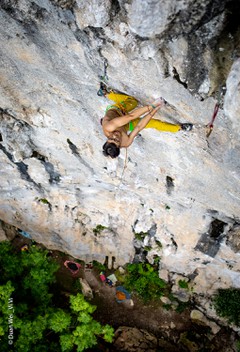 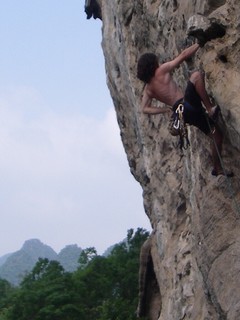 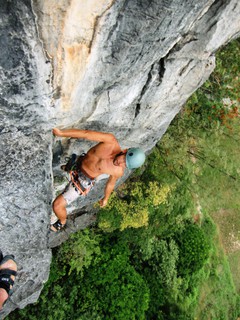 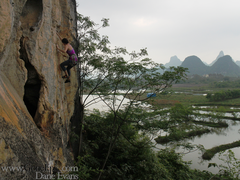