Hampi All Bouldering 222 routes in area

Hampi is located in northern Karnataka is a World Heritage and is home to the most beautiful and evocative ruins in Karnataka. The town and bouldering is located within the ruins of the Vijayanagar kingdom and as such has a number of popular ruins which draw in travellers from around the world. In terms of climbing; granite boulders as far as the eyes can see.

The landscape is spread over about 300 square kilometers, with large and small granite boulders scattered in every direction. The abundance of rock and the cheap and easy going lifestyle has made Hampi the mecca for climbing in India.

Currently there are two guidebooks available for the area. One being "Climbing guide book of Hampi and Badami" written by Rohit Chauhan and published in 2008, it contains 250 described problems as well as 60 routes of nearby Badami. This book is now slightly outdated but has enough to get you started. The other more recent book being "Golden Boulders" written by Gerald Krug & Christiane Hupe and published in November 2013. This is the most up-to-date book with over 1000 problems and includes areas outside of the Hampi Island.

The climbing season runs from September till April, with May thru August getting far more rain which can make getting across the river a slight issue. However, the rock dries very fast so its still possible to climb outside this time. The peak season starts around mid october and ends around the end of January, during this time prices are a bit higher (but still super cheap) and there are alot more climbers and tourists in the area.

The potential for bouldering in Hampi is endless, with many square kilometers of boulders still to be explored and developed. 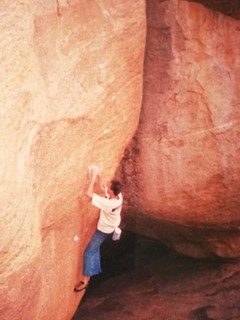 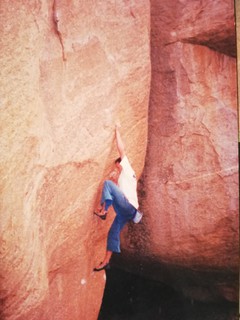 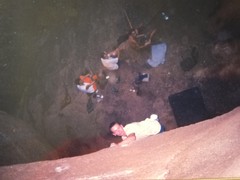 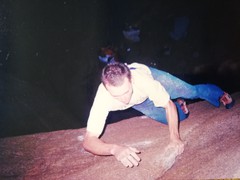 Check out what is happening in Hampi.