Please note that we use cookies to improve the use of this website. By continuing to browse the site, you accept theCrag Site Usage Policy I Agree
Europe
Italy
Trentino-Alto Adige
Arco - Trento Area
Dolomiti di Brenta

The Brenta Group or Brenta Dolomites (Italian: Dolomiti di Brenta) is a mountain range, and a subrange of the Rhaetian Alps in the Southern Limestone Alps mountain group. They are located in the Province of Trentino, in northeastern Italy. It is the only dolomitic group west of river Adige. Therefore, geographically, they have not always been considered a part of the Dolomites mountain ranges. Geologically, however, they definitely are[1] - and therefore sometimes called the "Western Dolomites". As part of the Dolomites, the Brenta Group has been officially recognized as UNESCO World Heritage Site under the World Heritage Convention. Source Wikipedia

Many crags in the area of Arco are located on private land and the huge popularity of climbing and the resulting crowds brought it with it, that issues with land owners popped up in the past and continue to pop up from time to time. Please be sensitive to regional closures and limitations to access. Stay informed and stick to local regulations.

This region has an unlocated crag! If you think you know where Cima Cee is located then please take a minute to locate it for the climbing community. 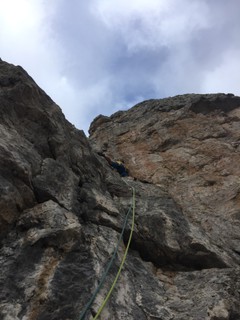 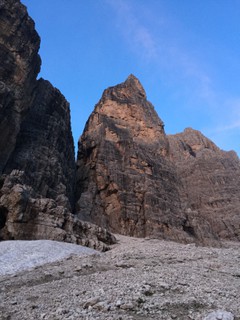 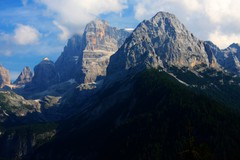 Check out what is happening in Dolomiti di Brenta.