Please note that we use cookies to improve the use of this website. By continuing to browse the site, you accept theCrag Site Usage Policy I Agree
Europe
Montenegro
Durmitor

Mt Durmitor is one of the most interesting massifs in Montenegro. It belongs to the system of the Dinarides and is situated in the north-western area of Montenegro. The west face of Mt Durmitor is bounded by the Piva River Canyon, the northern and north-eastern part by the Tara River Canyon, the southern part by the Komarnica River Canyon, while to the east over the vast Jezerska visoravan (Lake Plateau) Mt Durmitor continues to the Mt Sinjajevina. On this mountain there are around 50 peaks with the elevation over 2000 meters above sea level, 18 glacial lakes, many glacial cirques, mountain passes, and a large number of rocks with a height of even up to 700 m. All this is concentrated in the small area which makes it one of the most attractive massifs in our country. Peaks and rocks of Mt Durmitor provide extraordinary conditions for rock and alpine climbing, both in summer and winter conditions. The climate of the Durmitor massif is very harsh, typically alpine. Summers are short and cool, while winters are long with heavy snowfalls. The largest settlement at the foot of Mt Durmitor is Žabljak. It is the centre of mountain tourism in Montenegro. The development of mountaineering and rock climbing on Mt Durmitor has a humble history, after all, as in all mountain areas in Montenegro. Mt Durmitor areas have relatively late discovered their beauties to the broader circle of mountain lovers. The more serious alpine ascents and traditional climbs were registered as late as in the 30s of the last century and were performed by alpinists from Slovenia, Croatia, Serbia... After the war alpinists have visited Mt Durmitor more intensively. At that time the mountaineering and rock climbing camps (at which certain rocks were systematically covered) were mostly organised. In the 50s Mt Durmitor was visited by alpinists from Slovenia, Serbia, Croatia, Poland. It was also a period in which the largest number of first ascents in the rocks of Mt Durmitor was performed. The crags are all limestone, but there are so many of them that it is really not hard to find the one which suits us with its solidness, difficulty and aesthetic. So far about some hundred routes have been climbed - some rock routes and some snow and mixed routes, but being scattered in various guidesbooks, clubs and organisations, data on those are pretty unavailable. For the largest number of routes in Mt Durmitoru which were climbed 40, 50 or more years ago, we have used the book „The Rocks of Yugoslavia" by the author Zlatko Smerke as a source. Routes in the rocks of Mt Durmitor peaks have been rarely repeated, so for the largest number of routes we have not been able to obtain additional information which would serve for comparison with the old route descriptions and the future climbers should bear this in mind.

How to Get There

If you're coming to Durmitor by car from the direction of the south, from the Adriatic coast main road over Podgorica (capital city), you can choose between two travel routes. One forks from Podgorica towards Nikšić, further on over Šavnik to Žabljak. The other travel route follows the major main road in the continental region which connects the north and the south. It runs from Podgorica toward Kolašin to Mojkovac, and from here it continues along the Tara River Canyon to Žabljak. Both travel routes in the winter months might be impassable due to the heavy snowfalls. If you are coming to Montenegro by plane, two international airports are available - in Podgorica, about 170 kms and Tivat about 250 kms far from Žabljak. Bus ticket from Podgorica to Žabljak costs about 7 to 8 euros and there are 2 to 3 departures a day.

In the Žabljak itself there are several hotels, motels and pensions as well as a large number of private houses offering lodging services. More regarding this you can find on the website of the local tourist organisation. Here we are going to highlight the accommodation facilities in the very mountain. In the area of Mt Durmitor there are two mountain huts, one bivouac, and one mountain shelter. Mountain hut near the Škrčka Lakes is situated at an altitude of 1723 masl. It has about 30 beds in shared rooms, a kitchen, and a dining room. It is open from mid-June to the end of September. The hut is the ownership of the Durmitor National Park. There is a possibility of pitching tents in the surroundings of the hut by paying an overnight camping fee, because the campground is located in the territory of the national park. Mountain hut in Sušica is open in the summer months. Pitching tents is possible there. On the official website of the Durmitor National Park we couldn't find data concerning the number of available beds in the hut in Sušica and regarding the lodging fees in these two mountain huts. Alpine bivouac is situated in the western part of Velika Karlica at an altitude of 2020 masl. It was built in 1973 by the Belgrade mountaineers and rock climbers. It can provide accommodation for 6 to 8 people. It is open all year round. There is no spring nearby. It has an exceptional location for performing ascents in the rocks of Savin Kuk Peak and Šljeme Peak. Approach starts from Black Lake (Crno jezero)- approximately 2.5 hour hike. Mountain shelter in Lokvice, at an elevation of about 1800 masl, is frequently visited mountain facility in Mt Durmitor, especially due to its location, because it is situated in the direction of the mountain trails starting from Žabljak. It can accommodate 6 to 8 people. The shelter is in a poor condition. It can be reached from Black Lake for about 1.5 hour of hiking. It is open throughout the year. There is a possibility of pitching tents nearby. At Lokvice, there is a small spring of drinkable water which is, however, covered with thick snow during the winter months so don't count on it too much. 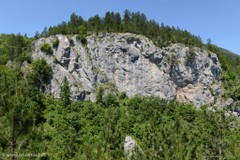 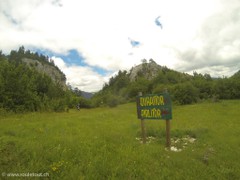 Check out what is happening in Durmitor.