One Day Hero replied 6 weeks ago.

I have climbed at KP. Half my extended family is in Brissy, and my granddad used to drink at the Doogs after the war (school teacher at a one teacher school near Boonah).

Thanks for the geology tidbits. That must surely make KP the freshest crag in the country? I didn't even realize there were exposed rocks that young in Australia.

I'm not exactly inexperienced when it comes to friable rock. If you're able to pick the trundled bits up and carry them away, things aren't that bad

I don't understand the point you're trying to make about Arapiles. You know that most of the pitches down there are only 20m or shorter? Are you suggesting that you'd happily solo everything at Araps because the rock is so solid? Mostly not bolted anyway, because it doesn't need to be with such fantastic natural pro available.

In your reply to Jimmy, you suggest that a 15 should be "a safe beginner lead", and there are some other comments which imply that "bold climbing" should start at grade 20 or something. I take issue with that philosophy. It just doesn't mesh with how I learned to climb and how I see others learning to climb.

Nobody climbs their way up through the grades on safe routes, then hits the magical grade 20 and starts sketching at their limit on routes which could injure them. That would be an insane way to learn. Instead you do the first part, climb up into the high teens or whatever, learn some touch and control so that you aren't flying off the wall without warning. And then you drop a couple of grades (down to 15 or so), where you have plenty of margin on the moves so that you can learn to run it out without being near your physical limit. The run out 15s aren't there for people maxing on 15. They exist so that one or two year experienced climbers can start to work on the mental aspects of climbing.

And fuck it, I'm just going to say it. There will be accidents in rock climbing. There will always be accidents. If people are going to train up and develop the skills to climb in Yosemite, in the Dolomites, in Patagonia, it is dangerous and a certain percentage of those people are going to have accidents along the way. And if I had to have an accident while learning the skills required to tackle proper routes in proper mountains, I would far prefer to have that accident at KP than at just about any other crag. Level grassy landing and the ambulance will be there in five minutes flat to take you to a world class hospital. If you sanitize KP, you will send young climbers out to more remote crags without some skills which were previously learned in town and they will fuck up and have their accident at Frog, or Mt Maroon, or on Fitz Roy.

That seems to be the fault line in these cheerful little discussions. On one side, people whose greatest ambition in life is to lead some poxy 22 at a poxy town cliff after retro bolting it and dogging it into oblivion first. On the other side, the people who realize that there are amazing adventures to be had in this world. The poxy town crags are the training ground, the laboratory where you develop the skills which will be needed later on. And at pretty much every poxy town crag in the world, which have all been used as training grounds for generations, the myopic idiots are taking resources away from young climbers who want to do cool stuff, so that the boring doggers can dog just a little bit harder in total safety.

Maybe not exactly world class crags but in QLD we have variety. Something for everybody's taste, skills and boldness. I don't see how trying to standardise the crags can be of any benefit for the whole spectrum of climbers.

Robert Mudie You really lit a fire under Damo! And I'm not mad.

Mark Gamble Ego, Wrath of Grapes, Radioactive Cheerio and the likes don't need an extra bolt down low. No chest-beating, just more of what has been said above: Mental training and finding it within yourself to rise to the challenge. Otherwise, great TR candidates.

Goshen Watts Come north to our mecca my friend. The season is ripe, and the holy grail of freeing 'Hanger Wall' is still up for grabs.

But, I will continue to lobby re Radioactive Cheerio. The rock below that first bolt is broken & fractured, and it will go at some point, not a question of, only when.

Regarding 2 other routes: Wrath Of Grapes + G & Ms Climb - sorry, these are just too stoooopud. I will retain these on my wish list.

Thx for your input, always very respected & welcome. But..... (that ominous "but"), I detect a certain hollowness in your espousal. Where were those staunch views when Nut was retro-bolted and changed from that ridiculous first bolt at 10m?

Where was the upbraiding when Insomnia was retro-bolted, protecting those lower crux moves up through the overhang?

Where was the chastising when Idiot Wind was retro-bolted, protecting the lower crux below 10m?

These 2 specific routes are barely touched, in terms of ascents. I for one, think it would be good to see more traffic on them.

The retrobolting of Insomnia, Idiot Wind, and Nut were before my time, or happened early in my climbing outside of my awareness. Hence, I had no views on either.

If the first bolt of 'Radioactive Cheerio' is compromised by poor rock then we should replace the bolt in better rock if it is possible.

Alex Mougenot: ODH is the hero climbers need, but not the one we deserve right now. But sometimes even heroes need a little bit of help, and I'm proud to be his Alfred. Or something.

+1 to everything ODH has, and will continue, to say. I couldn't have said it better, and have nothing to add. 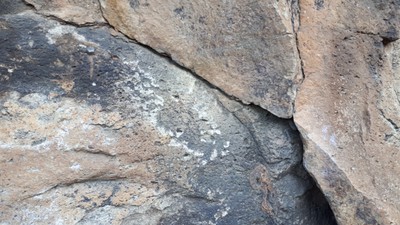 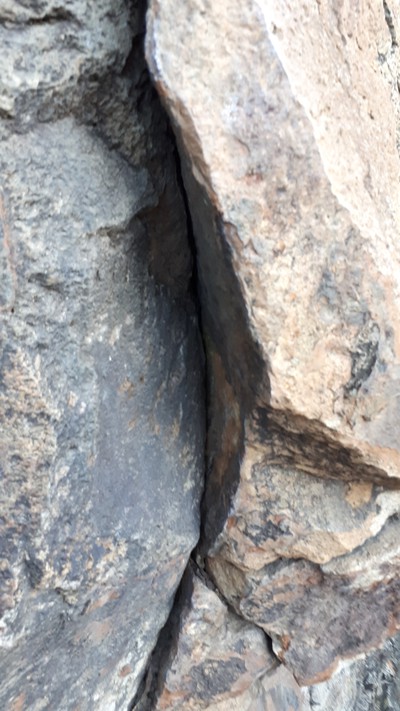 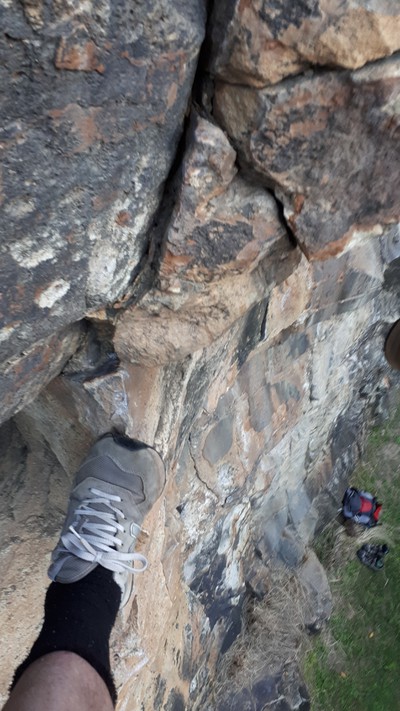 Jayzus ODH, with sycophants like that, who needs worshippers?

One Day Hero replied 6 weeks ago.

It's fine as long as we never meet. The disappointment when they see a washed up old git who talks harder than he climbs would be tough to take.

Moogs: hey this is a very opportune moment and an appropriate moment to get your point of view re the high bolts you are so vigorously defending.

So I shall couch this with 2 questions:

A) Why the high bolts on Wrath Of Grapes + G & Ms Climb? What is the value of risking one's well being here that makes it attractive or gainful? (For those not familiar with these 2 routes, their first bolts would have to be at least 9m up, if not 10m.) 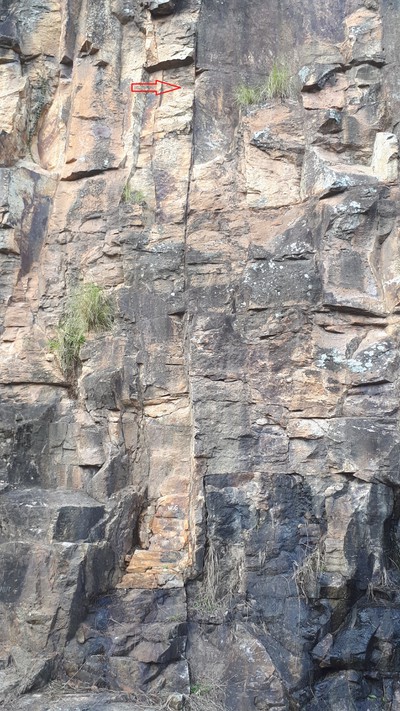 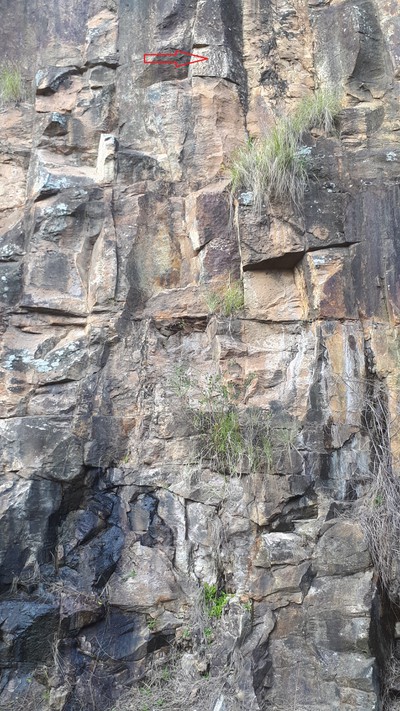 B) Please express your honest opinion about the retro-bolting of Nut, Insomnia & Idiot Wind. You made it clear that these 3 specific retro-boltings took place before your time, cool, but if you could imagine climbing these 3 without that first bolt, would that somehow improve the climb? Would it improve the standard of climbing overall? Would it have a beneficial effect?

For those uninitiated: each of these 3 routes: Nut, Insomnia & Idiot Wind, has had a bolt added to the start. Approximately 4m up, for each route. The first bolt on Nut, was close to 10m (it's now the 2nd bolt), but could be gained via small ledges, as long as the friable rock didn't break off. Insomnia & Idiot Wind are solid rock up to what is now their 2nd bolt, but each has thin & demanding moves & exact sequences, so easy for a foot or hand to slip off.

Can only comment on Idiot Wind that I did before it was rebolted with FHs and the first bolt of TSST was dropped a metre or two and relocated so that it could be reached as the first clip on IW. Getting to the original first bolt was a fairly straightforward move but you felt the gravity of pulling it knowing that if you blew the rock over move, you were going head first into the ground. The move at the top of the flake was sketchy having to do 3 movements, fumble on boltplate, add quickdraw, make clip while you got pumped stupid. Now it is a straightforward 21 climb. I still think it is a classic and I wouldn't want to go back to what it was ...but there is something intangible, I can't quite describe, like clutching at sand falling through your fingers. The experience of what it was and the mental armour you used to have to put on to approach this climb, is not there now. If this is good or bad I don't know, all I know is the experience is to me somehow ... less?