Tip 1: Any topo is better than no topoBack to contents 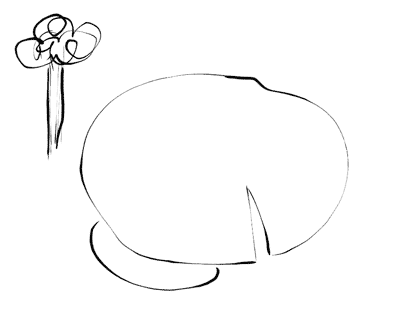 Bad Help, I am lost!

While it is great to aim for great topos, anything is better than nothing. If you can snap a quick and dirty topo photo on your phone, or scribble on the back of an beer coaster and then take a picture of it, someone else can always use that as a rough guide and then improve on it later with a higher quality photo. So even if you've got a photo that breaks all the tips below, upload it anyway, we'd all love to see it!

Tip 2: Good topos are NOT good climbing photosBack to contents

Remember: the whole point of any topo is to identify the key rock features and orient youself to the rock

This is why many well intentioned topos aren't helpful when stumbling lost at the crag. A closeup oversaturated photo of your mate Jimi, screaming on the crux hold, is great for facebook, or even for a magazine. But it is the worst kind of topo photo. First the climber generally hides the route, secondly you are only likely to recognise the route if you already know it which defeats the purpose. Good topos have almost no ego. They aren't really artistic, they are just realistic.

Remember the photo itself isn't important, it's the rock that is, and the more clearly you can show the rock as you would see it in person the better.

The technical aspects of a good topo photo are the same as taking any photo. The lighting needs to be good, the exposure needs to be right etc. You don't need to be a gun camera nerd just get the basics right: Tip 4: Context is criticalBack to contents

Topos are used to find the rock, not just to show where the route goes, so context is important. Good Better for seeing the route

Also good Better for finding the route. Why not do both?

Tip 5: Scale should be obviousBack to contents Bad What scale is this?

Scale is important, as rock can often look the same at different scales. For bouldering topos a mat in the photo is ideal. For a multipitch topo having a climber is helpful as long as they aren't obsuring anything important on the route.

This could have been under Tip 3 but removing any colour tints from photos is especially important when a guide is made by lots of different people with lots of different cameras. Setting the white balance is the single most important step to getting all these different photos looking similar. If you didn't set it when you took the photo you can correct it before you upload it.