We don't know where this cliff is located. Do you?

In the cave behind John's Pinnacle. Stays cool in the summer.

Cultural heritage closures now apply to some parts of Arapiles. This advice continues to evolve and may not be fully reflected in this website; refer to Parks Victoria for details applicable at the time of your visit. https://www.parks.vic.gov.au/-/media/project/pv/main/parks/documents/management-plans/mount-arapiles-tooan-state-park/mount-arapiles-tooan-state-park---aboriginal-cultural-heritage-protections---october-2020.pdf

Bird Nesting September-December Raptors usually nest on the following climbs in Spring : Cassandra, Eurydice, Harlequin Cracks, Revelations. Nesting usually finishes mid-December. There may or may not be signs in place at these times. Please keep 50m clear of these climbs if there appears to be nesting activity.

Mount Arapiles is first and foremost a trad climbing area. The few sport climbs tend to be in the higher grades where no natural pro is available.

Bolting, particularly retro-bolting, is discouraged and should only be undertaken after extensive consultation with the local climbers, first ascensionists, etc. Inappropriately placed bolts have been chopped.

Do not chip the rock.

Look after the park.

This cliff is unlocated

If you know where this cliff is then please take a minute to locate it for the climbing community. contact us if you have any issues.

This selected yet in depth guide, in its third edition in 2016, is a must for first timers or regulars to the "Pines". By Simon Mentz and Glenn Tempest. It features 1200 routes over 23 different areas as well as bouldering, history info on flora and fauna, plus heaps more.

444 of the best routes on the best stone on earth? Yes Please! Who has time for all those other wondering pitches anyway when Gordon Poultney and Simon Carter have picked out the classics and printed it in a pocket size handy guide with string attachment. You'll take it on the multipitches, you'll take it to read in the toilets, you'll take it everywhere! 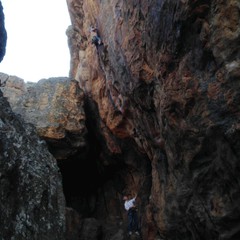 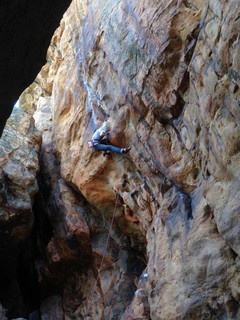 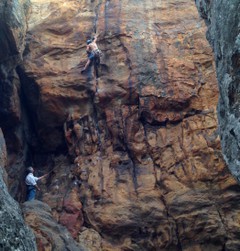 Check out what is happening in Denim Wall.