A popular all-weather sport crag, with a couple of hairy trad cracks as well. This 50m wide section of orange wall extends left from Constipation Chimney and is protected from heavy rain by a vast roof 40m above the deck. The base is totally dry for 5m out from the cliff, is fairly flat and is a great place to hang out when the weather turns nasty (most routes were established during the wettest summer in memory!). There are currently more than 15 sport routes, and several rarely repeated old school steep trad lines. Most routes are 20-25m single pitches which end at anchors just below a large shale ledge. There are a couple of ancient aid routes which continue through the roofs (future free trad potential?). Bring a rope mat as the base of the crag is dirty. Stick-clips are useful.

There is NO pubic toilet at the carpark, and the surrounding bush is already suffering from overuse as a bush toilet and tourist rubbish dump (the nearby residents don’t like people literally crapping in their backyards). The nearest public toilet is on the Leura Mall. There are private houses directly above this cliffline - try not to be too noisy, especially in the carpark.

Walk left from Theory of Negativity Wall for about 100m to arrive at grid-bolted steep wall with an eroded base. You can't miss it. It takes about 15 minutes from the carpark.

All of the sport routes have lower-offs - but if you top-out onto the shale ledge on one of the trad routes there are two rap chains on either end of the ledge - one above Constipation Chimney, and the other above Hells Bells.

Sublime Point is an old climbing area, with many routes dating from the 1950s and 1960s. Aid and mixed climbing was the fashion then, and the easier routes can be pretty bold for a modern climber. In the last 10 years there have been a lot of well protected sport routes added. This has been seen as controversial by some climbers who consider the crag a 'mixed' climbing venue.

The first routes established here would have been Constipation Chimney by members of the Rhum Du in the late '50s then rediscovered by the S.R.C. in '64. The first lines in the 'cave' were the aid lines through both tiers of the roofs climbed by Ewbank/Pickard, starting with Thumbs Down 13 M4 in 1967 (now ~23).

Activity ceased for almost half a century before the sport bolters discovered the area was dry in any weather. In the space of three years more than 15 sport routes were established, and several new trad cracks were also climbed. All of Ewbanks aid routes on the lower half of the crag were also free-climbed by Macca and Monty. 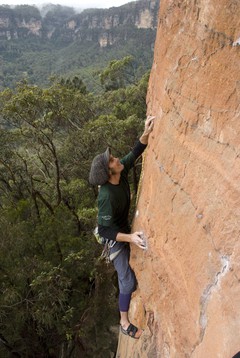 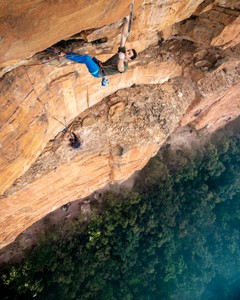 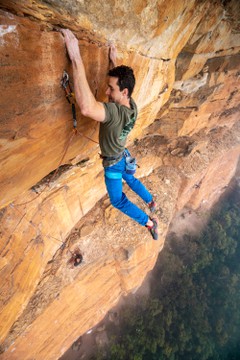 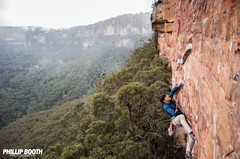 Check out what is happening in Binary Cave.