Please note that we use cookies to improve the use of this website. By continuing to browse the site, you accept theCrag Site Usage Policy I Agree
Australia
QueenslandQld
South East
Sunshine Coast
Mt Coolum

Kneebars and lots of core strength on steep territory

There's not many other crags in south east Queensland where you can climb in the shade in summer. Because of this, local climbers have been almost forced to climb here, regardless of ability. And given there's not any easy routes at the cliff, Mt Coolum is transforming the local climbing populace into steep-thugging, kneebar-wielding, sloper-crushing mutants! Projects of yesteryear are today's warm-up's and today's projects are, well, futuristic!

Unlike many other crags of this type, the local scene is friendly, welcoming and encouraging. Come and join us for a dangle!

Access to Mt Coolum is under strict community guidelines. If we obey the rules, then climbing here will continue.

One and a half hours (130 km) north of Brisbane. Up the Bruce Highway. Exit L and under after the Ettamogah Pub onto the Sunshine Coast Motorway. Nearing Mooloolaba, take the Noosa exit (not Mooloolaba), pass over the Maroochy river (first sight of the mountain on the bridge). Take the airport exit and keep going straight toward the coast. After the IGA turn L on Quarry Rd, one street before Hyatt Coolum. Follow your nose and park in the main National Park car park.

There are two track options to get to the cliff. The best (which avoids an obvious looking 'climbers trail' appearing on the general tourist track) is the separate trail from the tourists (see red line in the overview topo below). Head to the southern end of carpark and follow the fire trail South. After about 200m a narrow track breaks off R, follow this up to an old road then veer left into the quarry. Keep going uphill, the tracks lead up to the huge cave on the South East side (quite well worn, 10 minutes tops).

Surfair Resort offer 2 bedroom unit. You can get the view of the cave while enjoying your coffee on the balcony. www.surfairmarcoola.com.au.

The cave has been largely developed in the last 10 years We value our relationship with the National Park and expect all users to respect this. It is essential not to disturb the wildlife and stay on the track to limit our impact.

This section is to be part of the Coolum Cave book being produce by the Radest Productions crew. 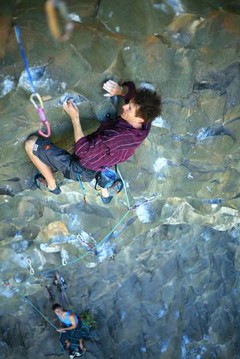 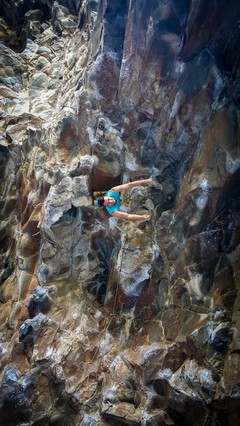 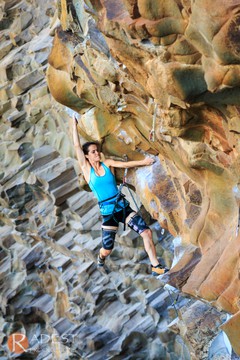 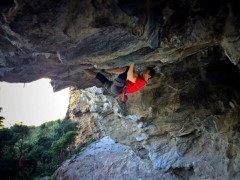 Check out what is happening in Mt Coolum.