The area between the Hawkesbury River and Lake Macquarie.

Local climbers, especially the Wondabyne Climbing Club (active mid-70s to mid-80s), comprehensively explored the area's roped climbing potential by the early 1980s, but sadly not a lot of information survives from this period. What is known is that they did a lot of exploration by boat, so most of the cliffs visible from the water would have been explored by this group.

This group climbed quite a lot with Joe Friend, who is reported to have lived a semi-hermit-like existence on Long Island near Brooklyn for several months during this period. One story involves a very hungover ascent up the tall eastern cliff on Lion Island, which, given the apparent rock quality there, was probably a pretty terrifying outing. Another story involves Phil Stallard of the WCC aid climbing the major crack system at Eagle Rock on the Hawksbury, with his leg in a cast (they'd planned on attempting to free the route, but Phil broke his leg in the weeks prior so they went and aided it instead).

In the mid-90s the Monks brothers explored much of the 'Bouddi National Park' areas, and top-roped and bouldered throughout the park (in particular the Lobster Beach areas and 'Bullima'). At around this time, Paul Riviere and friends were developing Joll's Bridge, and over the subsequent decade development inched north and east.

Development in Bouddi National Park (especially at the Lobster Beach Cave) has been quite contentious with NPWS and local residents, especially as the park has also been illegally developed by mountain bikers during this same period. A new plan of management was drafted in 2019 which seeks to ban climbing from the entirety of the park.

This region has 2 unlocated crags! If you think you know where Warrah Trig or Joe Pike's 40 Acres are located then please take a minute to locate them for the climbing community. 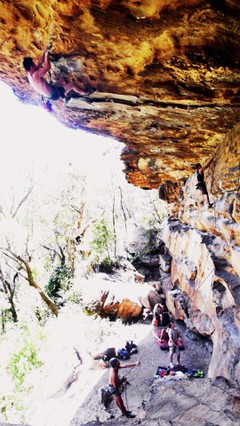 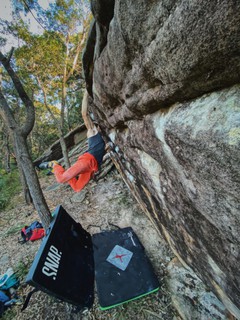 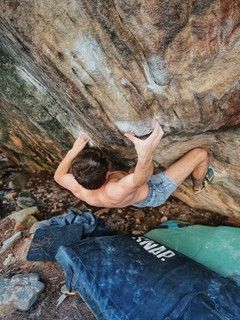 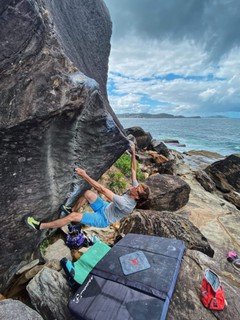 Check out what is happening in Central Coast.