A 35m long quarried cliff that has a mass of good, unappreciated boulder problems on it. A few great mantles and some V1's makes this place good for beginners, with a few harder problems scattered throughout.

We all started out as beginners so some VERY easy problems have been developed for those just discovering the love of rock. Become comfortable with the rock, then face the battle of the psychological challange.

With the Harbour Bridge to your right and the harbours water's lapping behind you, this crag will offer you more than just a good climb, it'll offer you some amazing views as well!

Most problems finish halfway up the wall. Of course if one wants to, all problems can be topped out, with more highballs being developed all the time.

Council have also placed a permanent wheelie bin at the base of the crag next to Letterbox Crack. Ensure care is taken when traversing I Can See The Clock But I Don't Know What The Time Is .

Drive, ride or walk down to the end of Blues Point Road where you'll hit a car park with an awesome view of the Harbour Bridge and city.

Walk through Blues Point Reserve, past the play ground and toilets and then round the point past all the fishermen. In under 2 minutes you've come across the first wall with two more only meters away.

Well hello there I'm glad you stopped by. Why don't you take a seat and I'll tell you a story of how it all began.

Now being so close to the city and with the iconic over hang of Balls Head on the opposing shore, Blues Point has been crawled over for years but until recently very few routes had been developed with almost no beta being placed in guide books or online.

Blues Point was first develoepd by Brendon Allan Flanagan in early 2011 and was his first ever 'crag project'. Then in 2012 from sunny Queensland came Ranger Dave who found Blues Point on another climbing web site which will not be mentioned because as we know thecrag.com is the best!

Ranger Daves keen eye for detail could see that Blues Point had so much more to offer the climbing community than what Brendon Allan Flanagan had revealed. Tirelessly Ranger Dave toiled, and toil did Ranger Dave until all the wonders hidden in every crimper, pocket and jug were discovered.

It was at this point Brendon Allan Flanagan and Ranger Dave joined forces to use their powers to persue world domination...they then decided developing more problems and climbs would be a far better idea instead. So like two giddy school girls the night before the school dance (Daves quote, not Brendons), together they focused their excitment on the undeveloped rock in Sydney.

And the Sydney climbing community lived happily ever after.

Ranger Dave and Brendon Flanagan developed this crag so that all chalk bearers could share the love of Blues Point.

Blues Point was the epicentre for the Gret Bouldering Boom.

Chalk up, climb on and live the dream! 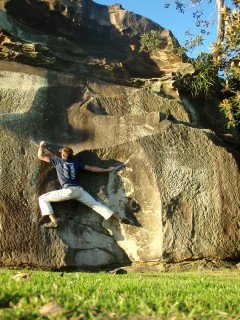 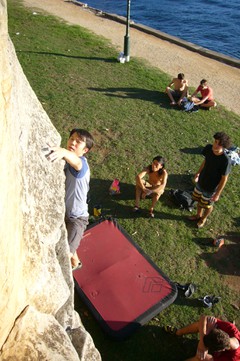 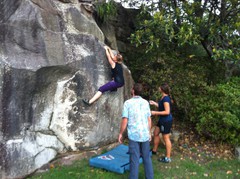 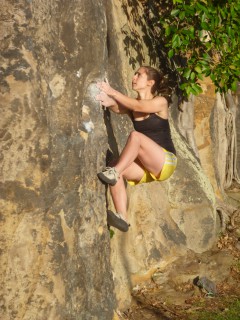 Check out what is happening in Blues Point.