QLD Parks have advised that the Zamia track will be closed for construction work from July to December 2021. Eastwatch will still be accessible via the chip-line.

This area is made up of four distinct walls with the front of "North Wall/Quasimodo" offering the best opportunity for naturally protected lines. The most infamous of these being "Death by falling refrigerator".

This area has been visited by the occasional group of adventurous climbers for at least 20 years. Each group appears to have had their own name for the area with none becoming official or entrenched in the vernacular. It has been known as "Quasimodo", "Sleipner" (not to be confused with Mt Sleipner which the crag looks onto), "Left Left" used by a group in the early 2000s and more recently, "Eastwatch" or "Eastern Cliffs". 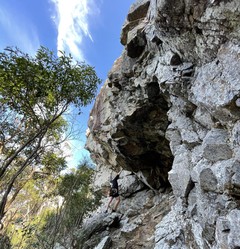 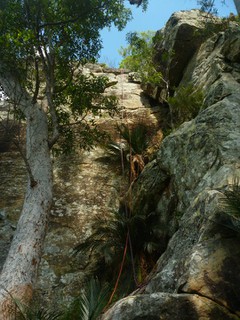 Check out what is happening in Eastwatch.