This Cathedral, named after the “holy” feature in the centre of the main crag, is a rare find for Sydney suburban climbing. Firstly, it's 25 meters high and the rock is not your average Sydney sandstone which makes for some variety. Secondly, the weird location, the tall trees and the huge mosquitoes give this place a Jurassic Park adventurer like feeling.

People, including Joe Friend, were known to have climbed here way back in the 1970's but in the most part it went underneath the radar. In 1990 two puny teenagers, Kent Heffernan and Graham Fairburn unearthed the place establishing many of the classics. They soon attracted the sharks, Dave Barnes and Mike Law and his band of merry men (and women). Bruce Stevens and his local crew also were working on some hard projects here. There are some wicked cracks to jump on and some technical face and slab routes sprinkled throughout. My favorites are Ozone Action (17) and Hercules (22). There is also a slabby bouldering area on the walk in, described in the SRC guide (below).

There is now a good access route from Menai at the top. P.S. Sorry fella’s, I lost the padlock key to the bracket on Jaded Cravings (23) Doh. However, the padlock does add character to the climb. Have fun. Barnsey

Routes are described left to right as you face the crag.

Park at the end of Shackel Rd, Bangor. Please don't fill up the street and block access for locals. If there are a few cars about then park 50m further up the hill. Locate the track heading down into the bush on the left. It is marked with tape and first heads across the shallow gully, then heads down through a little rock band. Veer right at the cliff and down and gully then left. The first route is the little corner of Sorcerer's Apprentice. 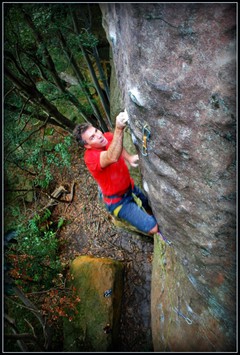 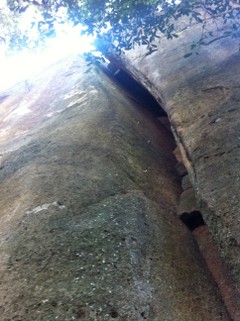 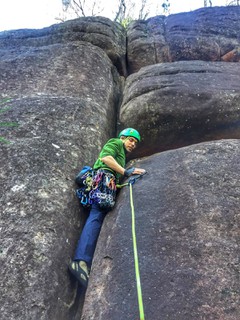 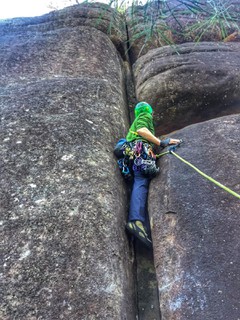 Check out what is happening in Main Crag.