The climbs at Wilson's Promontory are really good. However they can have really bad access and the fact that you need to obtain a permit (free) from the park office deters some climbers.

Wilson's Promontory is the southern-most tip of the Australian mainland. It is a fantastic spot to spend the weekend with your climbing buddies and has great facilities.

Keep all off track activities to a minimum.

A free permit is required to climb in this National Park, which is easy to get from the information center. If the ranger is unsure about the permit tell them it is at the far right of their counter (there are lots of casual rangers working here who are unsure of all the processes). It is a simple form to fill out solely for emergency purposes. Parks Victoria only recognizes the following locations as climbing areas at the Prom:

There are no access issues for bouldering at beaches

The campground at Tidal River is your only real option.

UPDATE 2017: Projects will remain closed for one year from date of being posted. If not completed by then the route is open for others to attempt. This will allow routes to be completed in a relatively timely fashion and prevent every line being claimed and never completed. This approach is more than acceptable since there is no investment of bolts, time for route cleaning, ect at the prom, especially if the route has never been attempted.

Bolting is prohibited in the National Park. 'Gardening' (removal or damage to vegetation on climbs) or wire brushing to remove lichen or moss is prohibited. Chipping holds or marking the start of climbs is prohibited. Access the cliffs using existing paths and if appropriate descend by abseil rather than scrambling. 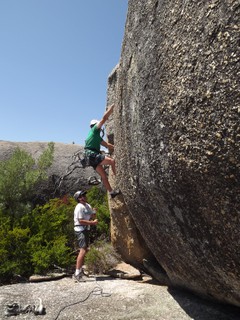 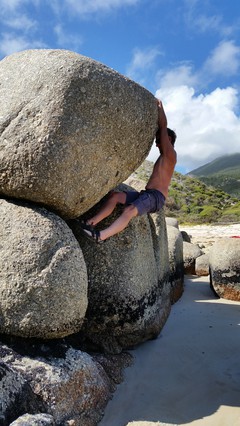 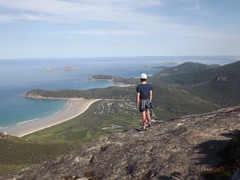 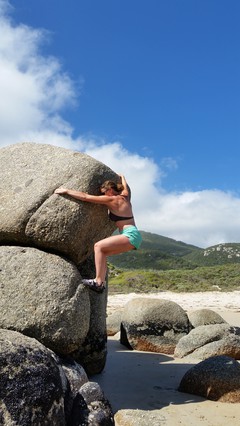 Check out what is happening in Wilson's Promontory.