Stunning alpine climbs and alpine vistas around one of the most photographed places in Banff National Park.

One of the most picturesque areas in the Rockies, this valley contains everything from easy scrambles to some of the hardest technical alpine routes in the Banff/Lake Louise area. Notable classics such as the North Face of Mount Fay, the Supercouloir of Mount Deltaform, and the East Ridge and Greenwood-Locke routes on Mount Temple are all found in this region.

The sheer quartzite pinnacle of the Grand Sentinel is also approached from Moraine Lake, over the crest of Sentinel Pass on the shoulder of Mount Temple.

Contained within Banff National Park. Be respectful, don't litter. Bivies are restricted depending on route. Moraine Lake parking fills up early in the summer. Moraine Lake Road closes to cars in the winter.

Drive to Moraine Lake or one of the parking lots along the road, then hike in from there. Another option for a later start is using the shuttle to get to Moraine.

Lake Louise or elsewhere in the Bow Valley. Neil Colgan Hut is available for booking through the ACC if attempting climbs on Fay, Little, Bowlen or nearby. 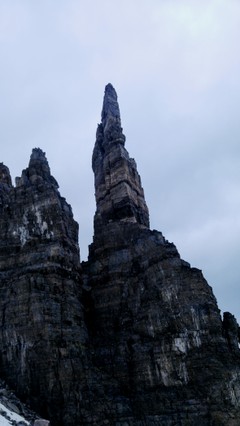 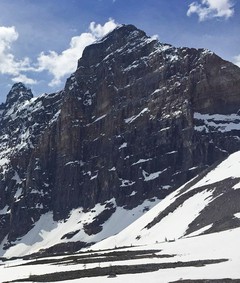 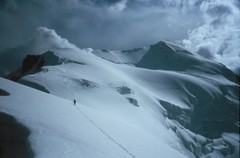 Check out what is happening in Valley of the Ten Peaks.