On the East Side of ErHai Lake, about one hour from Dali, lies the town of Shuanglang. In the hills overlooking the town, two cliffs have been developed:

There are 20 routes at "Shuanglang Soft" crag, grades 5.7 – 5.11d. The rock is limestone. Due to the way the rock has accumulated in very clear layers, the climbing style can best be described as crimpy with a handful of pockets and cracks. The angle varies from vertical to slightly positive to barely overhanging. The crag takes sun most of the day, and it can get hot! Thankfully, there is a nice hut in front of the crag that provides much-needed shade.It usually dries quickly after the shade. Most of the routes are on the main face, with 3 additional routes around the small bulge to the right.

There are 21 routes (20 sport routes and 1 trad route) at "Shuanglang Hard" Crag, grades 5.9 – 5.12d. At first glance, the rock appears to be limestone but when split open appears similar to quartzite. The routes vary from slightly to very overhanging, with neat features and some tufa. The crag faces the sun and it can be hot, though there are a few overhanging sections of the cliff where it is possible to find shade. Make sure you have at least 14 draws and a 60m rope in order to be able to climb all of the routes here. 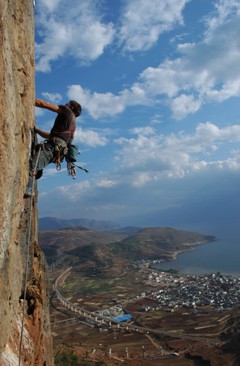 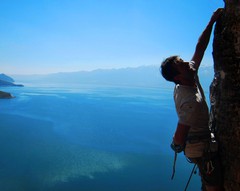 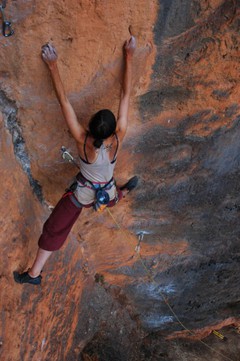 Check out what is happening in 双廊 Shuang Lang.