Most of the crags are inside the NPR Kaňon Labe protected area. Pay attention to local climbing rules and bird nesting closures. See ethics.

The grade system is usualy one grade tougher compared to the one used in Saxony Switzerland.

Cliffs and routes to be sorted left-to-right, when you look from elbe towards the rocks. Same as in climbing guidebook Chocholoušek&Nehasil, 2015.

Get the local climbing guidebook from U Kosti, HUDY Hřensko or Refugio Tisá.

#grade scale is tougher than the one in Saxony Switzerland, approximately by one point.

Clibing started in 1904 when Klarka tower was reached. Climbing was developed first by german climbers and after WWII by czechs. The rules had been very strict regarding first ascents and placing fixed protection resulting in fearless, risky but valuable #trad ascents. In mid 90s, first #sport routes were established and climbing moved rather to high performance direction. Trend of sport routes is still viewed negatively by some trad climbers but its no doubt that the new routes made Labské údolí number one sport location in the Czech republic. Both trad and sport routes coexist next to each other. Choose wisely! 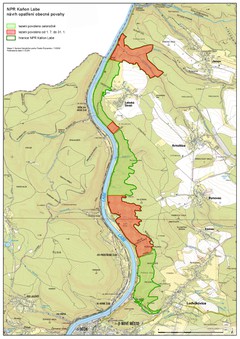 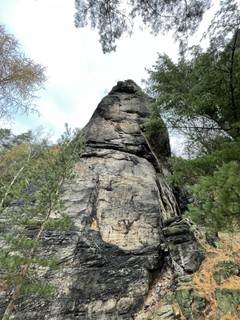 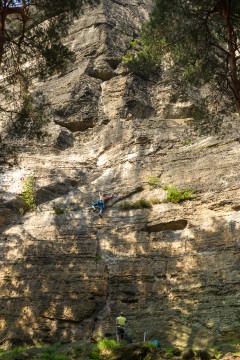