The Hohburger Berge are series of quarz-porphyr hills rising up to 120m above the surrounding Leipzig Basin.

In the modern era, several old quarries have been repurposed as popular sport climbing crags, thanks to the work of the DAV Leipzig and IG Klettern Halle-Löbejün.

For fans of unroped climbing, there are plenty of natural stone outcrops and strewn boulders with defined problems, nicknamed "Hohbleau".

Due to (among other things) the closure of "Schwarze Wand" and "Zinkenberg" and the increased popularity of outdoor climbing, there have been access conflicts concerning the remaining quarries. Please behave considerately and respect local rules and restrictions to ensure that this area remains accessible!

If possible, leave the car at home and take bike + public transit to Wurzen or Eilenburg. 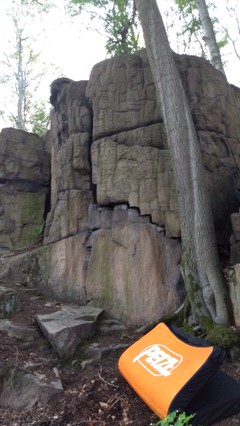 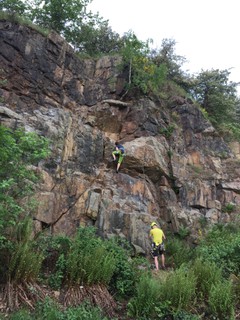 Check out what is happening in Hohburger Berge.