The Friedrichstürme is the first crag (comming from Kirchheim-Teck) on the western downhill side of the Lenningen valley.

Climbing has not been permitted everywhere for several years. The Nature Conservation Act of Baden-Wuerttemberg includes the rocks among the so-called §24a biotopes. In principle, entering these biotopes is not permitted. In recent years, the nature conservation administration and the climbing associations have succeeded in defining the areas that can be climbed and the climbing bans for the entire Swabian Jura. Some rocks are now closed all year round, some climbing bans only apply seasonally during the breeding season of certain bird species (e.g. eagle owl or kestrel).

Leave your car at the hiking parking "Bassgeige" at the northern end of Erkenbrechtsweiler. From there follow the road in north-east direction to a power pole and the official fire and barbecue place. The road ends at the fire place and changes over to a gravel road through the forest. Follow the path until it turns right and look for a smaller path. It should turn off left. Stay on this path straight to the edge of the valley and the head of the 'Großer Turm'. 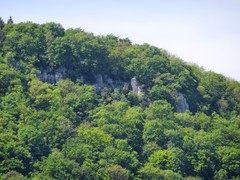 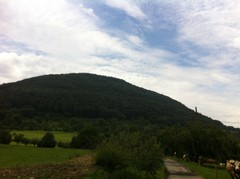 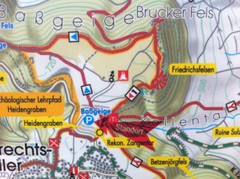 Check out what is happening in Friedrichstürme.