An impressive and tall cliff line with mostly great rock quality just 45 minutes from Guatemala City and high above Lake Amatitlán. It is a common destination for climbers that live in La Ciudad.

Amatitlán has the highest concentration of routes in Guatemala. For the most part the climbing is technical, crimpy face climbing with amazing views out over the lake. Most routes are single pitch, some have extensions.

Due to its orientation it is best to climb early morning or - when the season permits and it doesn't rain (typically November to March) - late afternoon. You might find routes in the shade any time of the day as some of the cliff faces have slightly different orientation but the rock also becomes pretty hot when exposed to the sun.

As for the approach you have two options. Take the short and well maintained trail starting at Selvin's shop (passage is 5 GTQ) that directly leads you to "Sector 0" and "Sector 1". Alternatively there is another path (the original one) going up about 150m before Selvin's shop (just right of one of the pylons of the cable car) that leads to "Sector 4".

In the past there was a Belay Hostel just opposite of the small shop but it closed down in 2021. It is probably best to find accommodation near the lake or in the city and drive to climb. 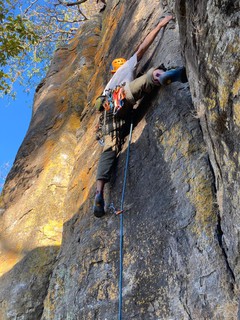 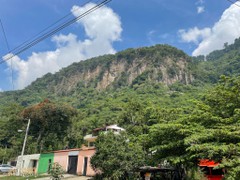 Lago Amatitlán - View from the parking 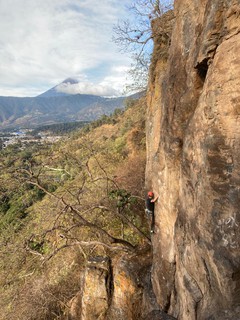 Check out what is happening in Lago Amatitlán.