The Cinque Torri (five towers) are one of the most scenic spots of the Dolomites and ideal for beginners of alpine climbing. The routes are short and the approach is gentle.

Cinque Torri, as all the other mountains in the area, are made of Dolomite, with a particular pale grey colour. The group is formed by five towers (which give the name to the mountain) with a maximum elevation of 2.361 m ('Torre Grande'). Every "tower" has its own name:

They are located in the south-west area of the valley of Cortina d'Ampezzo, north of the Averau mountain, which Cinque Torri can be considered part of. Between the towers there is an open air WW1-museum. Expect crowds of climbers and visitors! 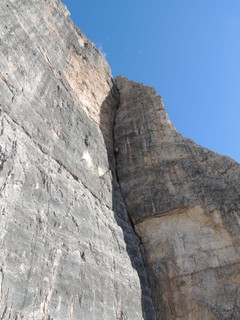 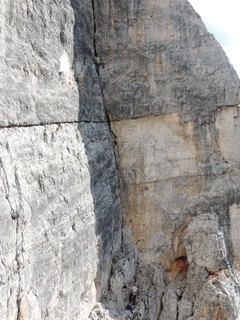 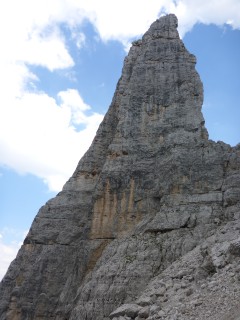 Check out what is happening in Cinque Torri.