Area located between Kraków and Częstochowa, on a distance of about 140 km. The biggest and most popular climbing area in Poland. Mostly sport climbing, over 10000 climbs.

Limestone crags of Jura are well protected, mainly with inox bolts. The most popular crags are: Rzędkowice, Podlesice, Podzamcze and valleys (called "Dolinki") located near Kraków. World's third 8b was climbed by Piotr Korczak in Mamutowa Cave in 1986. This famous route was first repeated after many years.

Sport climbing is very popular here, which can lead to some classic routes being rather polished and slippery

Having a guidebook is essential since almost all of the routes don't have their name written on the rock. Jura is split in three parts - North, Central and South (Północna, Środkowa and Południowa). Each part has it's own guidebook available here . The guidebooks can be physically bought in few shops, list here.

There is a very good free online database with topos on Portal Gorski. It covers the whole Jura but some information is already outdated compared to the guidebooks.

For majority of the routes, a 50m rope will be sufficient, but it's better to bring a 60m rop so that you can climb almost everything. Bring 15 quickdraws.

Majority is single pitch sport climbing, although there are few routes separated in two pitches. Routes are very well bolted and feel safe. You'll find one or two trad routes at almost every crag.

Bouldering exists in Jura as well, although it's nowhere near the popularity of sport climbing. There are no guidebooks available for bouldering, only information online.

Fly to Kraków or Katowice, then by car or train. Most crags are generally easily accessible, 5-15 min from parking lot. Lots of regions are safe for children (flat grassy terrain).

Lot of cheap rooms to rent (look for "agroturystyka").

Standard. Many rocks are on private areas near civilization - please respect the locals, don't play music and make loud noise.

Climbing around Kraków (in "Dolinki") began around 1907. North part of Jura was discovered for climbing after World War II. 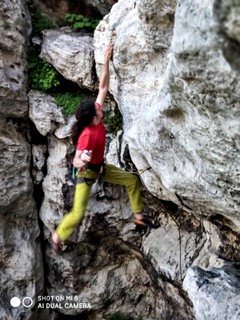 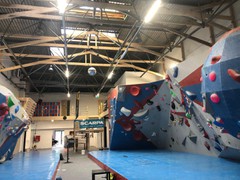 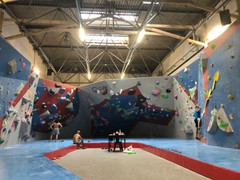 Check out what is happening in Jura.