Montagu is recognised as one of the most outstanding climbing destinations in South Africa due to the quality and number of climbing routes available. Montagu’s rock walls offer a wide variety of climbing opportunities at every level from beginner to expert.

The charming town of Montagu is situated in the Klein Karoo (semi desert region) on the east side of the Langeberg mountain range 2 hours / 200km drive east of Cape Town. Montagu is well known for it’s hot mineral springs as well as climbing and mountain biking.

Currently access to Oorlogskloof and Lost World is prohibited.

rom Cape Town, get onto the N1 towards Paarl. You have the choice of taking the tunnel (toll is R26.00) or driving over the pass which is very scenic and recommendable in good weather. Once on the other side of the mountain (you’re now in Du Toits Kloof) keep on the N1 until you pass the Shell Ultra City. Turn right and follow the signs to Robertson and then through Ashton and then onto Montagu. Be aware of speed traps in the towns (60km zones) and sometimes in the kloof before Montagu

There is accommodation in Montagu to suite any budget and style. There are two campsites in Montagu as well as many child & pet friendly self-catering holiday rentals, bed & breakfasts and hotels.

To avoid any further Altercations with land owners and incorrect equipment being used, the Montagu Mountain Committee (who are responsible for the Montagu Reserve) have asked for applications to be submitted before a new route is bolted.

Once a sleepy little Karoo town where not much happened, the town has since transformed into a vibrant energetic holiday destination. Montagu’s hot springs were first documented in the late 1700′s. The hot spring water comes out at 43° C from a fissure estimated to be 3km deep and is unaffected by drought. In 1877, Thomas Bain built the Cogmans Kloof pass and the tunnel that trade began to develop the area. Between 1902 and 1985 the Brink Brother’s enterprises were of major significance to the town. Their activities included general dealers, bottling works, canning factory, dried fruit production and a department store. In 1936 Montagu was declared a health resort. This resulted in an influx of wealthy people purchasing holiday houses. 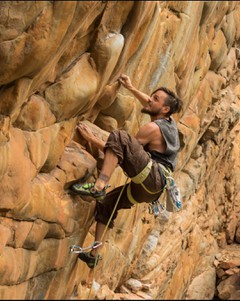 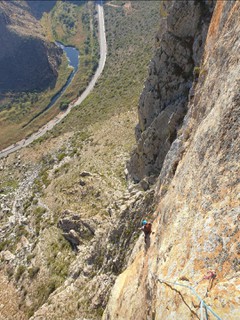 Eric Genty at Cogman's Buttress - Burnt by the Sun 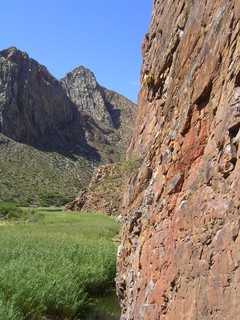 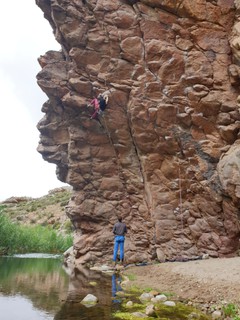 Check out what is happening in Montagu.