Fuerteventura (pronounced [fweɾteβenˈtuɾa]; literally meaning "strong fortune" but translated by some as "Strong Winds" or a corruption of the French term for "Great Adventure") is one of the Canary Islands, in the Atlantic Ocean off the coast of Africa, politically part of Spain. At 1,660 square kilometres (641 square miles), it is the second largest of the Canary Islands, after Tenerife. It was declared a biosphere reserve by UNESCO in May 2009. Its capital is Puerto del Rosario.

Despite being a flat island, Fuerteventura's treasured rock formations with their low walls have become something of a cult place for climbers. These curious peaks are nestled in the ravine of Las Peñitas, located on the west coast, one of the most interesting and beautiful natural areas on the island of Fuerteventura. Here the rocks are huge blocks of syenite very similar to granite - perfect for fans of sport climbing or bouldering.

For crashpad rental you find a contact in Gregs article. I (FF) can give more local contacts.

lots of hostels, apartments, hotels, no typical climbing acommodation. best spot to met climbers is the parking lot in Las Penitas at the weekends 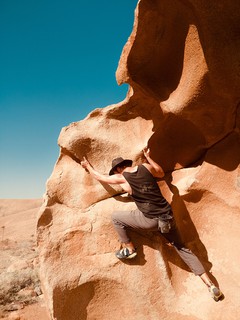 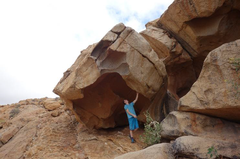 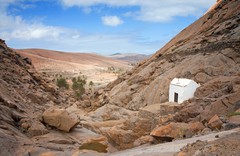 Check out what is happening in Fuerteventura.