GRADES WARNINGS: The route in this area use a local grading system which is slightly a sandbagged version of the French grading system. So a 6c+ could mean a 7a or a 7a+! Low graded routes are much more variable then the upper end; a route graded 5 could be anything from 5+ to 6b.

A few topos can be found at https://deporteslaser.wordpress.com/cahorros-granada/ 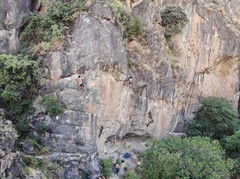 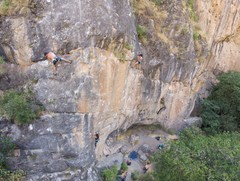 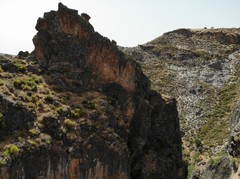 Check out what is happening in Los Cahorros.