The Serra de Tramuntana (Catalan pronunciation: [ˈsɛrə ðe tɾəmunˈtanə], Spanish: Sierra de Tramontana) is a mountain range running southwest–northeast which forms the northern backbone of the island. It is also the name given to the comarca of the same area. On 27 June 2011, the Tramuntana Range was awarded World Heritage Status by UNESCO as an area of great physical and cultural significance.

The highest peak is the Puig Major, which, at 1,445 metres is the highest mountain in the Balearic Islands. It is closely followed by the Puig de Massanella, which stands at 1,364 metres.

The climate in the Tramuntana Range is significantly wetter than the rest of the island, recording as much as 1507 mm (59.3 inches) of precipitation per year, in comparison with some other parts of the island where annual rainfall is less than 400mm (15 inch). It is also cooler due to the height and a few days of snow are not unusual during winter.

The Serra de Na Burguesa is the southernmost portion of the Tramuntana Range.

Since 2013 a permit is necessary for access to the nature protection zone of Sierra de Tramuntana. More information at https://www.caib.es/sites/espaisnaturalsprotegits/es/como_solicitar_una_autorizacion-22089/ and since 5/2020, only the online application is possible, not any more the email-based. If you can provide more details about the online process, please edit this text.

Before 5/2020, you could apply by sending the following two signed documents plus a copy of your ID document (driving licence or passport) to the email autoritzacions@dgmambie.caib.es

For climbing area put 'Serra de Tramuntana' and for dates put the duration of your stay.

This region has an unlocated crag! If you think you know where Ca'n Torrat is located then please take a minute to locate it for the climbing community. 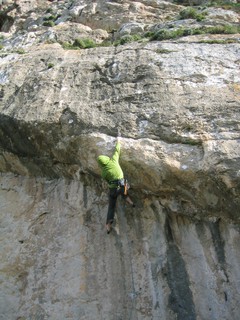 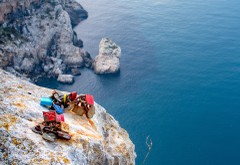 Check out what is happening in Serra de Tramuntana.