The Wendenstöcke form a 10km long chain in the Gadmertal valley, generally oriented towards SSE, on the west side of the Sustenpass. From Tällistock to Titlis there are various sectors with a total of 130 multi-pitch routes. The routes at Pfaffenhuet, Gross Wendenstock and Reissend Nollen form the heart of the area. This is the epicentre of alpine sport climbing in Switzerland. Although one usually climbs only in the lower part of these mountains, the routes are very popular because of their rock quality, their beauty and difficulty. The climbing is often steep and athletic, the rock often firm, optimally structured and handy.

The season at Wendestöcken extends roughly from July to October. Early in the year, meltwater strips from the up to 3000m high summit regions often disturb and as long as there is still snow on the bands further up, there is a considerable danger of falling rocks. In midsummer, from midday onwards (except on very stable days with low humidity), thermal, deep-base spring clouds often occur, enveloping the walls in the cold, ghostly turning fog, which is unpleasant during climbing. The best conditions are usually found in autumn, but only until the first snow falls.

The protection is worth mentioning: depending on the route it varies from good to rough, but almost everywhere it is tight and requires a courageous lead, there are no plaisir routes.

The approaches now mostly show visible tracks and are not too tricky in good conditions. Nevertheless, they lead over long distances through steep cliffs, which don't allow any mistakes, fatal accidents have already occurred during the ascent. Whoever comes into a thunderstorm at the turns has a problem in several ways: in the upper wall areas enormous masses of water can accumulate, which pour out as huge torrents over the routes and entry areas, and they also carry the stones, which lie around in the upper wall areas so countlessly. And, of course, the way into the valley via the wet cliffs takes on a completely different dimension than it did in the morning, when the weather was friendly during the ascent.

Talk to locals about the ethic of bolting and retro-bolting routes. 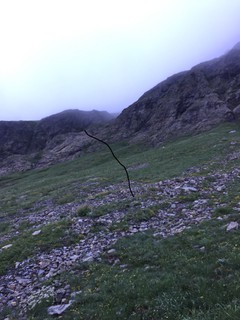 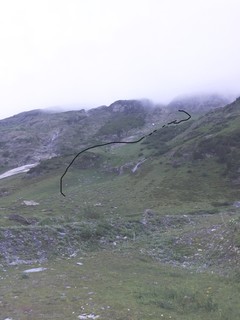 Check out what is happening in Wendenstöcke.