Graubünden is the largest and easternmost canton of Switzerland. The canton shares borders with the cantons of Ticino, Uri, Glarus and St. Gallen and international borders with Italy, Austria and Liechtenstein. The name Graubünden translates as the "Grey Leagues", referring to the canton's origin in three local alliances, the League of God's House, the Grey League, and the League of the Ten Jurisdictions. Graubünden is also home to three of Switzerland's ethnic groups and the subsequent languages of Swiss German, Italian and Romansh are all native to the canton. It is the only officially trilingual canton and the only canton where the Romansh language has official status.

An extensive guide book written by Thomas Wälti is available from the Swiss Alpine Club.

Jakob Schubert on ★★★ Unendliche Geschichte 8B+ - Flash of UG 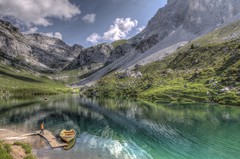 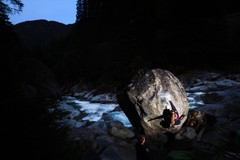 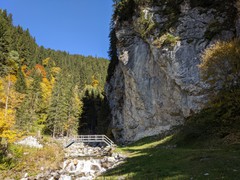 Check out what is happening in Graubünden.