This easy trad climb is great for beginners. There is excellent pro and nice pitches all the way up. The biggest risk is probably getting lost on the rap down. The biggest annoyance is probably the hike in or the bushiness of the route.

Puff adders and scorpions call this place home, so watch out!

Free and unrestricted, though climbers always leave a gift behind to thank the community for the warm welcome.

You can drive off the main road back through the village at the foot of Amiel several hundred meters. Have a local person direct you. From there, you'll need locals to help show you the path to the first pitch. The hike is 30-45 minutes and steep. It's bushy in rainy season and miserable when hot.

Amiel is easily reachable from a guest house in Kalongo.

Over the years, climbers have built up a very solid relationship with the local community. Please work to keep this up for future climbers. Also, please don't bolt the trad routes here. Amiel has many other faces that could be bolted. Please ask the locals for their blessing in any bolting projects.

In recent years, Amiel gets climbed at least several times per year.

You can find several articles about Amiel from the old days via a simple internet search which provides some fun reading if you're planning a trip here.

Allegedly, the route's cracks and gullys providing hiding places for children during the LRA war. In any case, the local population know the start of the route very well. Some may even join you at the summit.

Some content has been provided under license from: © Matt Battani (Matt Battani) 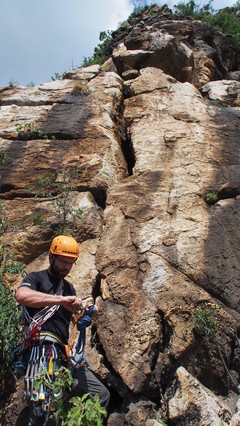 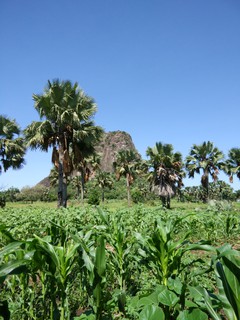 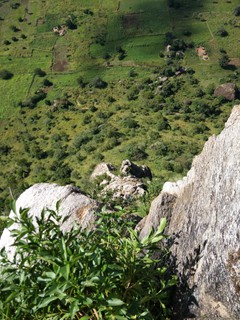 Amiel - Top View of the Route.jpg 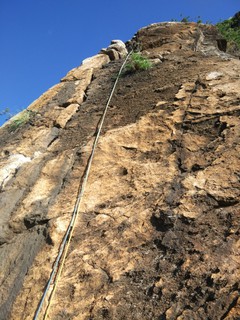 Check out what is happening in Amiel.