This area is an excellent 250 to nearly 600 foot tall chunk of mostly vertical granite, containing hundreds of cracks crisscrossed with thousands of horizontal dikes. These dikes are key to reducing what would otherwise be very steep and difficult traditional routes, into routes with good rests and abundant holds, resulting in an area with relatively moderate grades. You will find over 250 developed routes that range from low bouldering traverses to 4 pitches tall. Some routes are bolt protected, but most of the sport climbing is 5.10+ YDS or harder, as the abundance of traditionally protected routes in close proximity to each other discourages squeezing in a bunch of moderate sport face climbing. All of the routes demand less than 20 minutes to "hike" into, as the entrance path is part of the pioneer trail, and therefore excellently maintained and quite wide.

Lovers Leap can sometimes seem crowded in certain areas, especially in the summer on weekends. However there is an almost limitless number of adventure routes and hidden classics that rarely ever see any traffic. As long as you're willing to step outside the box and try something that is not a "trade route", you will never have to wait in line or climb anywhere near other climbers... ever! Lovers Leap has a higher concentration and number of routes in close proximity to each other than any other crag in California. Add to that it's wide range of difficulty in routes and there is more than enough to keep everyone busy for a long time.

The main formation is traditionally divided into these walls, from right/west/closest to the campground, to left/east/furthest:West Wall, Main Wall, Central Wall, and East Wall. The second largest formation is the Hogsback. Many other small developed walls abound, mostly not yet covered on this site (seven or more of these are covered in Carville's Tahoe climbing guide). The nearest and most popular of these are the Lower Buttress and Dear John Buttress. The Loaf Boulder and Monks Rock are major boulders right outside the campground; other potential abounds in less convenient and obvious pieces of granite.

As of 2020 CRAGS is running a major multi-year stewardship project to help address the significant impacts this classic area has faced, from decades of high levels of climber traffic. If you have or plan on climbing here and are able to donate either money or time, your contributions will be greatly appreciated! 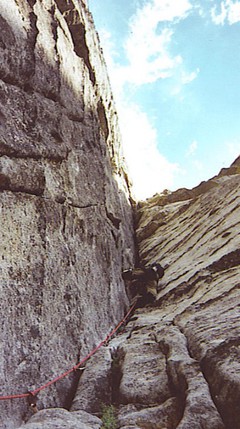 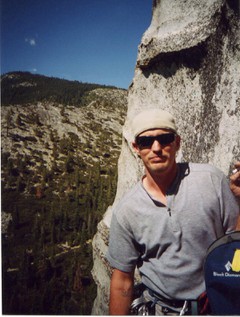 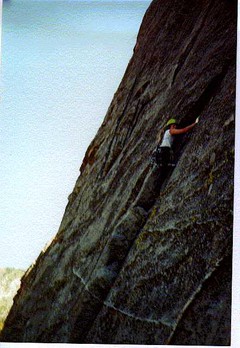 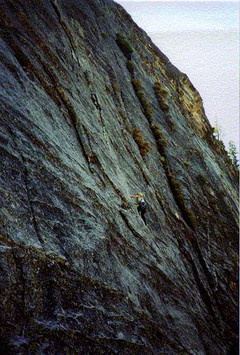 Check out what is happening in Lover's Leap.