Until recently, climbing in Vermont was mostly undocumented -- there was no published guide or information. Sandwiched between the 'Dacks to the west and New Hampshire to the east, the Green Mountains of Vermont got very little in the way of climbing. The rock didn't help -- much of it soft schist which promoted the growth of greenery very strongly.

With the publication of Tough Schist: Rock Climbing in Northern Vermont by Travis Peckham, some of the climbing has now been documented. (Available from http://www.vermontrock.com/ .) Like any guide book, it is of course incomplete and inaccurate -- but it gives far more information in a publicly accessible format than has previously been available. 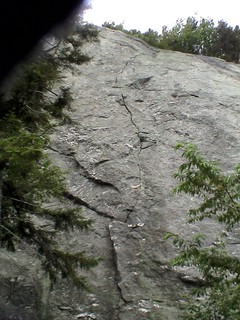 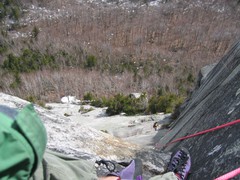 Check out what is happening in Vermont.