It is theCrag’s mission to build an enduring resource of the world's climbing information, to facilitate sustainable climbing and to support a thriving community.

The website thecrag.com was started in 1999 in Australia by Simon Dale and Campbell Gome as a resource for climbing information in Arapiles and later all of Australia. Despite the fact that the venture almost went bankrupt twice, the team decided to move ahead with the project.

In 2010 Brendan Heywood joined theCrag and brought with him new ideas, skills and enthusiasm. Over the following 10 years his technical expertise and the work he championed for theCrag Topo Tool and maps was critical to the growth and spreading of theCrag across the globe.

By now theCrag is the largest rock climbing and bouldering platform worldwide in terms of content with 1,031,700 routes, 8,100 crags and 2,395,500 ascents logged. Thousands of contributors ensure constant growth of content, volunteers support the project with their creativity and manpower and partners use it for research and integrations, far beyond anything that was imagined in the early days of theCrag.

Hear more about the history and the future of theCrag and the people behind it by listening to Episode 11 of The Layback Podcast.

theCrag is owned by theCrag Pty Ltd (ABN: 617 164 744) which is a registered company in Victoria, Australia.

While theCrag relies heavily on the climbing community, individual contributors and external resources for selected tasks a small team is responsible for the operation and management of the company. The team of theCrag is spread out over 3 continents and brings a variety of experience and backgrounds to the world’s largest rock climbing and bouldering platform. 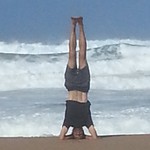 I climbed passionately in my 20s and had the joy of my first child when I hit 30, which took climbing out of my regular routine. Coincidently my climbing partner, Campbell, also had a child at about the same time, so to keep us connected with the climbing community, we founded theCrag. Having worked in Artificial Intelligence research for many years I had fun doing the advanced features but struggled with simple UI. theCrag has become my life project, and I am really proud to see so many people using it. 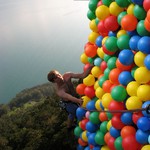 I started climbing as a child in the magnificent sandstone towers in Saxony (Germany) and meanwhile I climbed at many crags in Europe for decades. I was one of Europe's first power users on theCrag.com and became a team member in 2015. Besides maintaining the main structural content on the platform I am the European outpost. Taking care of our local partners and activities. 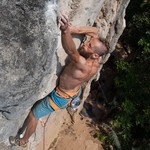 Having started climbing as a kid with my parents it became second next to my career as a chemist and other hobbies for many years. After having run and sold a company that was providing data management solutions for the pharmaceutical industry I finally had time to do what I like most, travelling and climbing. I joined the team of theCrag in 2016 and since then focus on marketing, business development and growth of the world’s best climbing resource. 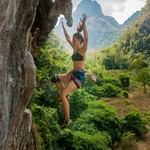 I got in touch with rock climbing when I was at university. Rock climbing impressed me so much because of all its colorful and shiny toys. I know this may sound feminine but it was like that for me. After that, the climbing community impressed me. Wherever you go people come together, even speaking different languages, and you can talk about climbing even though your background and history might be very different. So when we started travelling with Ulf this climbing community became our family and our nation. Online we found the same world, same nation and family on theCrag. I joined theCrag family in 2016. Whenever I am opening theCrag and see that we are such a big worldwide family this is making me happy. Let’s be happy together, enjoyable climbing days fellas