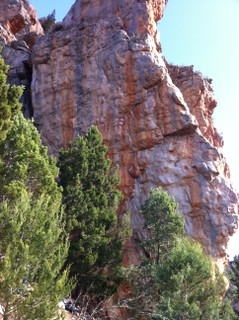 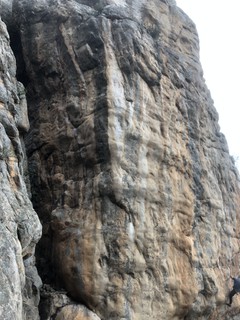 The easiest line up a great, albeit only mildly overhanging wall. Probably the world's first 8b+ / 5.14a and ahead of its time in Australian terms - it took nearly ten years before an Aussie (Stuart Wyithe) repeated it!

Despite masses of beta available on the internet, it still sees very few quick ascents, hasn't been onsighted and is still regarded as somewhat of a testpiece with a redpoint crux far above the technical crux and accounting for many an accomplished climber.

Many argue the route is easier than when Wolfgang and Stefan Glowacz did it in the mid 80's due to the increased size of the crux glue hold (the notorious birdbath). For a while considered "only" 31, it seems to have re-consolidated at 32.

Start as for Punks in the Gunks. At its traverse, instead go up, L and up, up, up to chains at the top.

Mount Arapiles is first and foremost a trad climbing area. The few sport climbs tend to be in the higher grades where no natural pro is available.

Bolting, particularly retro-bolting, is discouraged and should only be undertaken after extensive consultation with the local climbers, first ascensionists, etc. Inappropriately placed bolts have been chopped.

Do not chip the rock.

Look after the park.

This selected yet in depth guide, in its third edition in 2016, is a must for first timers or regulars to the "Pines". By Simon Mentz and Glenn Tempest. It features 1200 routes over 23 different areas as well as bouldering, history info on flora and fauna, plus heaps more.

444 of the best routes on the best stone on earth? Yes Please! Who has time for all those other wondering pitches anyway when Gordon Poultney and Simon Carter have picked out the classics and printed it in a pocket size handy guide with string attachment. You'll take it on the multipitches, you'll take it to read in the toilets, you'll take it everywhere! 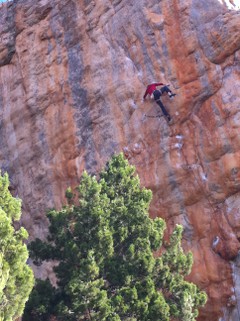 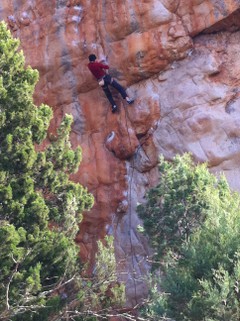